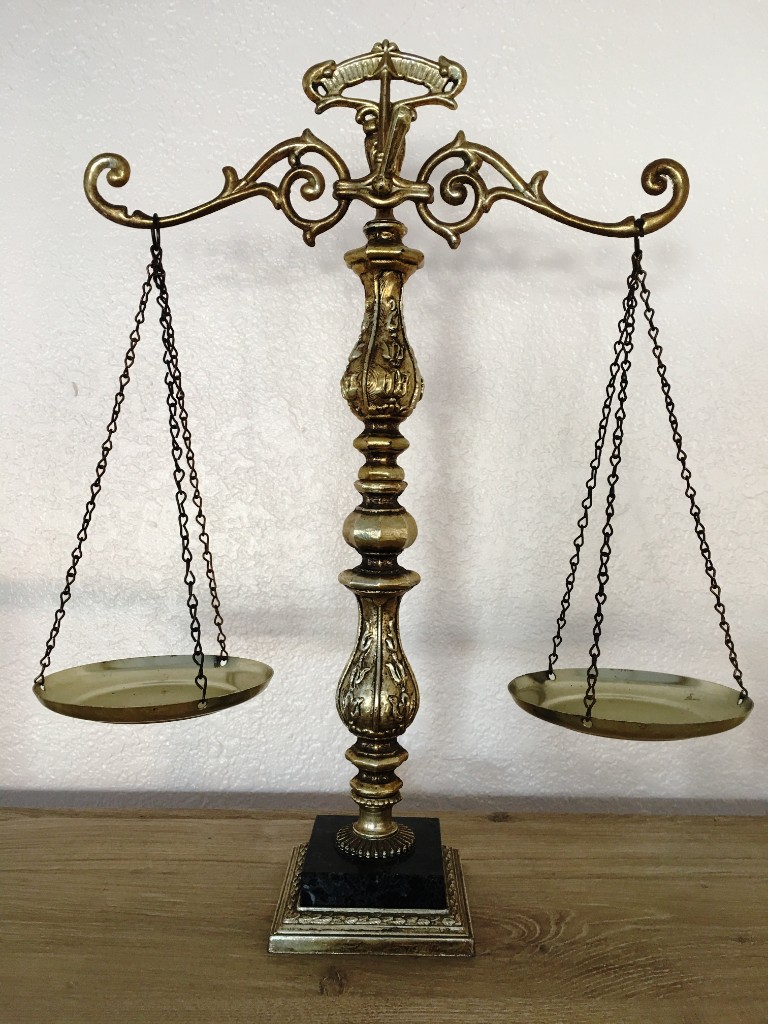 Libra and the Spirit of Natura

Libra, the seventh sign of the zodiac circle, is the only sign of the circle that does not show a person or an animal. Instead, it represents a pair of scales, holding the balance in dynamic stillness, thus showing the “middle way.”  It resolves the tensions between the polarities and extremes that form the foundation of ourlives ,spanned between the yin and the yang, the microcosmic and the macrocosmic, earthly and heavenly, human and divine. Between these two weaves a dynamic conversation, represented in the zodiac by Libra.

In this conversation the “soul of the earth,” Natura, expands and contracts through the seasons of the year. In summer, she breathes out, extending towards the heights. She reveals her expanse though the growth of the plants, with their fragrances and colors, and through the air shot through with insects and birds.
As summer comes to an end, Natura returns to the body of the earth. Fruits are formed, seeds fall to the ground, and nature’s life forces contract into the darkness of the earth. Through the long months of winter, the earth holds counsel with her own inner self.
Libra is the zodiacal sign that marks the balance point between these two extremes, when the soul of the earth has withdrawn from the heights and prepares to retreat into the depths, which will be marked by the next sign, Scorpio. Libra marks the moment when, for a moment, the earth holds its breath, before the descent into the depths begins. Although in the sidereal calendar Libra has 30 days, as do all signs in the sidereal system, if we actually observe Libra in the sky we see that it is one of the smallest constellations, This explains why it is so short in the tropical calendar. It is a mere pause in the dynamic dance of the year, a blink of the eye, a flicker of time when equanimity is achieved.
Of course, these words describe the archetype of the zodiac circle as manifest in the temperate zones of the northern hemisphere. Different aspects of the cosmic dance are manifested in the southern hemisphere, as well as in the tropics and the arctic zones: these realities demonstrate the presence of extremes as they are balanced in Space (different regions of the globe) as well as in Time (the seasons of the year). 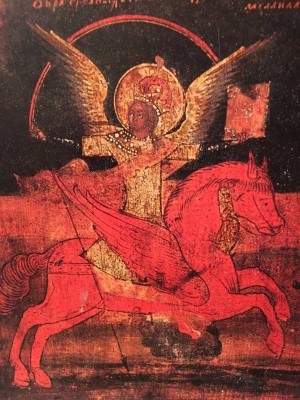 The spiritual balance and the Archangel Michael

Libra has an even deeper story to tell when we consider why it is poised between Virgo and Scorpio. Virgo, the mother, represents fertility and abundance. Scorpio is the sign of death. Juxtaposed as a small constellation between the two, Libra represents the free space that we must cultivate to find our path of balance between life and death.
A great spiritual being, the Archangel Michael is the archangel of autumn, who arms us with courage to enter the realms of darkness in the upcoming cold winter night. In our present age, the Archangel Michael shows us through his spiritual deeds how to walk the path of Libra. We can discover this in all the myriad legends of Michael and in the verses and songs which call upon him to give us strength for the battles we face.
The book of Revelations in the Bible (the apocalypse) writes of the (arch)angel in heaven who did battle with a fearsome dragon in heaven. This beast sought to destroy a child who was being born at that moment of the maiden in heaven. Michael cast the dragon down to earth, thereby rescuing the cosmic child, who represents the cosmic forces we all bear within us and our possible future. This theme was reiterated in countless legends from the middle ages, which showed Michael, the conqueror of the dragon, as the source of courage for knights.
As we strive to penetrate these symbols, we recognize the dragon as the spirit of darkness, of materialism. It threatens to chain us into a mechanistic world-view, estranging us from our birthright. If we can rightfully traverse the journey through this material world, we can evolve towards the radiant future that is promised to the humanity, the child of the heavenly maiden.
In this sense, Michael is the rightful guardian of the spirit of autumn, in which the earth begins to withdraw from the radiance of summer and enters the dark months of winter. We humans, living on the earth, make this journey with her, entering into the dark spaces of our own souls, corresponding to the mood of winter cold. For this we need courage and clarity.
One of the most pressing battles of our age is the struggle to prevent the materialistic world-view from convincing us that we are nothing but genetic predetermination, neurological processes and atomic processes. This world view threatens to chain us to the darkness of earth and cause us to abandon our divine nature. This is the true fight with the dragon of our age, who attacks the heavenly child, the spiritual Human Being.
We are called upon in our time to engage in the mighty struggle to become conscious of our inner self, who is living enchanted in this world of matter. The Archangel Michael represents in our age the power of clear thinking and consciousness. He embodies and serves cosmic intelligence, the brightness of thought that enables us to understand the meaning of existence and the struggle that we all have as we pass through this journey of living in matter to evolve towards becoming truly human, beings of love.

Libra in the human body

In the human shape, Libra rules the hips, and specifically the pelvic bones. These cradle the lowest parts of the metabolic tract and the reproductive organs, both of which are attributed to Scorpio. More importantly, they provide a firm structure to enable use to stand and to walk. These, of course, are the prerequisite for our journey upon the earth.
Because we are upright, our hips must differ from those of an animal. They must provide the foundation for us to be able to walk even while holding the head straight and quiet, and also while engaging the arms in independent activity. I invite you to take a moment to reflect on how the pelvic bones gently rock from side to side with every step that you take, like a set of scales that is constantly seeking and establishing the balance of the middle axis. You will feel that your upright spine is the fulcrum, around which the “pans” of the scales oscillate. We have thus embodied Libra, right into our skeleton.

Libra and the Spirits of Movement

In the last essays, I have shown that the sign of Leo powerfully embodies the energy of the lofty creator beings known as the Thrones, and that Virgo embodies the wisdom of the Kyriotetes. This next sign, Libra, bears the gesture of the Spirits of Movement, the Dynameis. In esoteric studies, these are beings that evolved beyond the harmonious quiescence of Ancient Sun, and initiated the cycle of evolution known as Ancient Moon. By enkindling the dynamic powers of attraction and repulsion, or sympathy and antipathy, they allowed the created world to begin to wax and wane with its own, movement. Libra marks the memory of how the universe lost its balance, and constantly strives to establish the middle way, the “hypomochlion.”

Libra and the sound “c”

The spirit is by its very nature, full of movement and activity. The sound for Libra emerges out of the stillness of this resting gesture with lively movement is “C”, pronounced ts.
In English, we  write this sounds with the letters t-s. We have very few words that start with this sound, but we find it often at the end of words like “cats.” We can find it in the middle of words like “dance” and “celestial.”
Begin with your hands low, palms facing upwards, at about the height of your hips. Now imagine the smoke of sacrificial incense rising weightless, upwards. As if invoking clouds of fragrant etheric incense, lightly bring your hands together, then release into lightness, bring them together, release, and again—as often as you can until the smoke disappears into the heights.
As a sound, ts rises lightly out of the depths of matter towards the light. Ts is the energy of spirit overcoming matter, of resurrection, of the etherization of the blood.
Thus with Libra and its corresponding sound Ts, the infinite human spirit has found its place of rest in matter, and embarks on the journey of redeeming matter, transforming it into light.

To watch the eurythmy gesture for Libra, click on this link:

Deepen Your Understanding of Eurythmy & Anthroposophy

Offered on a donation basis.

The Journey through Holy Week